Want something new to read?

If you liked the other things I wrote, you might like this. It's not so much a romance, really, as it is about the problems that come after the happily ever after. Like meeting the family that he doesn't talk to, and finding out that there's more than one feud going on. It's about finding out the hard way that when you've been out defending the homeland, and not being there, home changes until it isn't home anymore, and the people there become strangers with a shared history in the thirty years Between Two Graves. 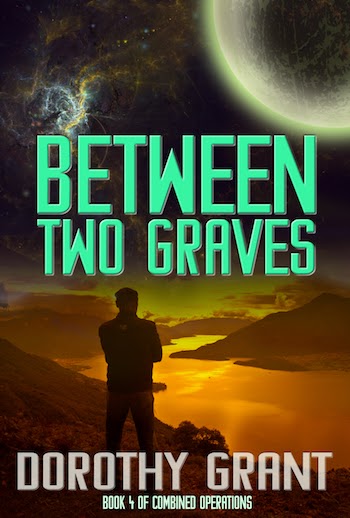 Of course, there are a couple firefights as well, because it's me.

He swore he wouldn't be back while his parents lived...

Ordered to attend his mother's funeral in the rugged northern border of the Empire, AJ is baring old wounds to his new wife, and burying familial feuds.

But the past won't die that easily, and grave secrets will threaten all the survivors and the women they love. Because the Feds are after AJ's unwanted inheritance...

And they're willing to risk a war to get their hands on it.

Currently available in ebook, print edition to follow very shortly (I accidentally introduced a formatting error and it spread. The cleanup to get chapters and page numbers to agree is tedious, and I love my detail-oriented husband very, very much for all the assistance he's giving on this.)

All bank angle and speed

This morning, there was a swarm of gnats hovering above the front yard like a bait ball of feeder fish. Unfortunately for them, they were swarming directly in the approach path the barn swallows use to get to their nest on my front porch.

The air was full of flashing wings zooming in and out like dolphins taking out the bait ball, right outside my front window.

And Ashbutt-cat in the windowsill was losing his everloving fluffy little mind...

It did not get better when I opened the window so he could hear the excited twittering of birds maintaining comms for situational awareness and coordination. No, it got worse. Much worse.

Formative books of my childhood

The subject came up, yesterday, of formative books from childhood. Everybody usually has one or two they can think of... I promptly went and pulled my favorite off the shelf, because it has been following me around all these years.

Yes, Dad gave this to me when it was brand new. See the publication date. 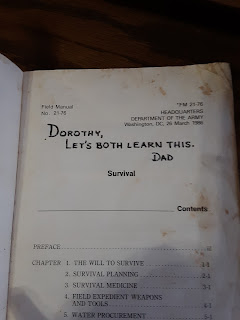 Yeah, that might explain a thing or two about how I turned out...

When did I turn into my grandmother?

...So, I'll have you know there were reasons.

...with a little vanilla to stretch it, in case her brother also wanted ice cream and pineapple chunks for breakfast.

You see, one of her parents was still crashed out in the guest bedroom, and the other was getting precious introvert alone time on my back porch, while her brother was still al imp towheaded bundle on the couch.

Besides, they'd been asked, when they came in wearily after the Very Long Roadtrip, if they wanted ice cream now (after dinner), or later.

A wave of confusion

You know, I know better. I do it anyway.

Yes, I wrote a story involving radiation when I have friends who are actual nuclear scientists and military what worked with the stuff. The level of detail and analysis brought to bear on those scenes may resemble using a sledgehammer to swat a fly, but I am grateful for their input.

Unfortunately, getting steeped in the difference and the types of emissions from various sources with examples leaves me looking at a post talking about men in romance genre and going "alpha males? Very weak, can be stopped by a thick skin? Beta males are stronger, more likely to affect the heroine, but why do we stop there? She's not going to get knocked off her feet by a gamma male?"