This left two holes in the firewall to cover instead of one. 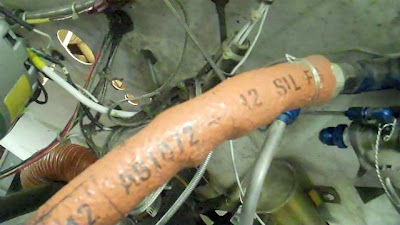 So, I made a rather thick steel plate to fit over both, with the holes pre-drilled, and set about installing it. 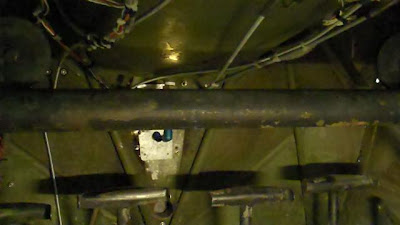 The first hole went rather well, if time-consuming. The second hole took hours to drill, and I got it done by drilling two pilot holes in succession. The third hole took even longer, and I finally broke down and went to my IA, saying "I think it might not be me - it might be the drill bit."

He looked at it with a jeweler's loupe, and said "This bit isn't dull... it's rounded!"

Now I know a lot more about drills, bits, and how to sharpen them. The third hole then took a couple minutes to finish. The fourth hole, however, was in an awkward position between the valve from the tank, the fitting already clamped down in the center to hold it tights, and various cables, wiring, and structure in the way. (Not that the others were a breeze.)
Enter the "aircraft drill bits" - perfect for reaching those awkward spots! 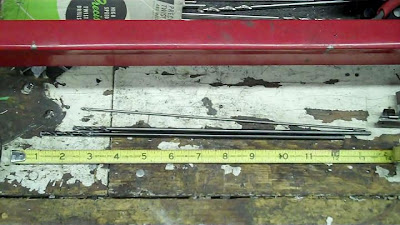 Enter custom "nubby" screwdrivers, made by my IA from broken vacuum pump flanges. 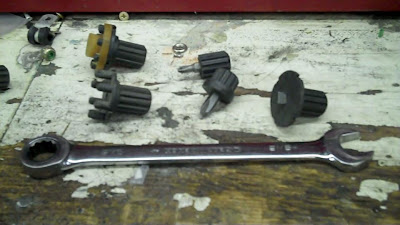 As the shaft usually breaks first (broken yellow piece, top left), the rest can be put in the lathe, and the flanges trimmed off (see the various amounts of trimming between the three screwdrivers). Then the small hole in the center is enlarged, and a screwdriver bit pressed into the handle.

Best of all - the handle fits perfectly into that racheting wrench at the bottom, making it easy to turn in spaces so tight a hand can't hold and grip it easily!
Posted by On a Wing and a Whim at 10:22 PM