Yesterday, we got the new cables made, and attached to the bellcrank. We cut a thin plastic shim for the surface where the bellcranks rubbed against its housing bracket, but that turns out to throw the securing bolt holes out of whack - so no shim for the bellcrank! I didn't do most of the work on the cable - I did a first crimp wrong, got it off, then on the second try, threw out my shoulder. So the rest of the cables were made by my IA and my friendly fellow apprentice mechanic, and I contributed where one working shoulder and two working hands could. 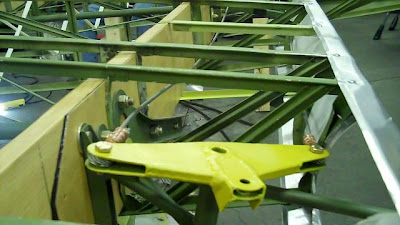 The old cable run touched the aileron bracket where it crossed -the bracket and cable were protected from each other with a few wraps of friction tape. 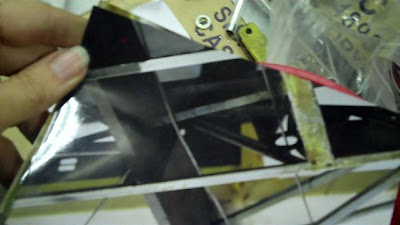 I replaced it this time with the thinnest sheet of phenolic I could find, secured by friction tape - it's hard enough the cable can't saw through it, but soft enough it won't abrade the cable, and slick enough that the run slides across like it's greased, without any feel of catching and rubbing. 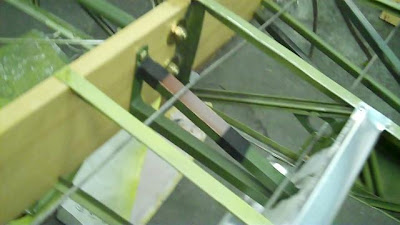 In two days I leave for a gunblogger gathering, where it reputedly won't be raining. I may cry if it is, because today was the 33rd day in a row of rain. I'm so very tired of it being in the low 60's and drizzling. 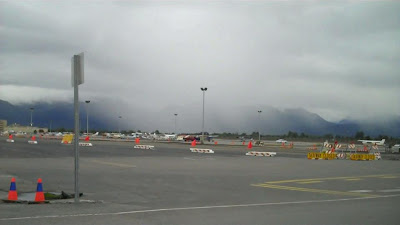 I need to go put my arm up carefully and get healing rest - I've got to heal enough to shoot some wonderful toys later this week, and hug lots of people!
Posted by On a Wing and a Whim at 1:00 AM