Wings are now out to the paint booth. They're not perfect, and I missed spots where I should have noticed pinked edges sticking up, or not enough dope. They will not look nearly as nice as most wings this rebuild/repair shop puts out, but they're my first wings, and hell, they're airworthy. 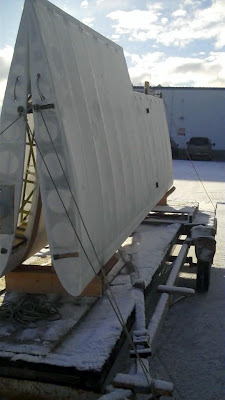 My IA had thoroughly inspected the work on the engine, and found two errors - one control cable had not been secured with a cotter pin through the bolt, and the engine mount was missing the last bolt to secure it to the rewelded exhaust. Those were promptly accomplished, first thing after moving wings. 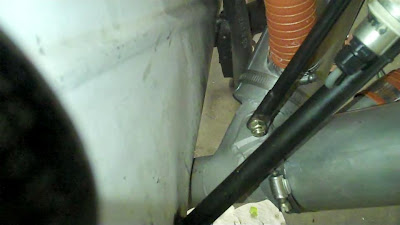 The wicking power of Mouse Milk - left alone for a day, the cup soaking the valve emptied itself, as the creeping oil crawled out of the tub and down into the oil pan. Fortunately, the paper towel did a good job of absorbing most before it could get further. 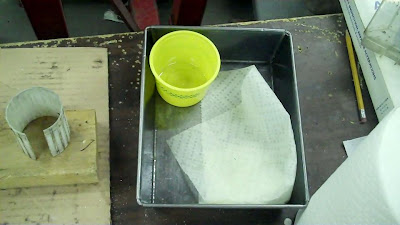 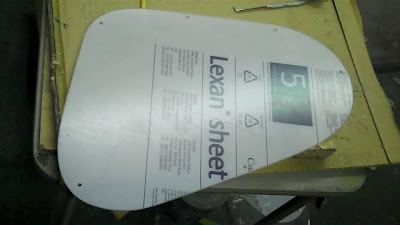 New windows installed - the different sizes of PK screws are because any loose screws were replaced with the next size up until secure According to my IA, I can pull this trick successfully for a few times, and then it's time to replace the wood. That's a few years off, yet - I have no intention of tearing down the fuselage to replace stringers until I've flown this plane quite heavily. 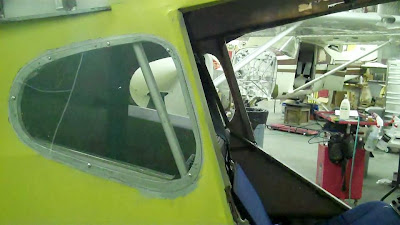 The paint on the leg fairings were flaking badly - on one fairing, only a few thumbnail-sized patches were left, and on the other, half the paint was gone. So, after pulling them to inspect the gear attach points beneath, I stripped the last bits of paint, cleaned them, primed, and painted. There was no yellow to match either the body or the new wing color, so I went with basic black - it matches everything. As a note, use flat black when you don't want people to look at things, and glossy black when you want people to notice. 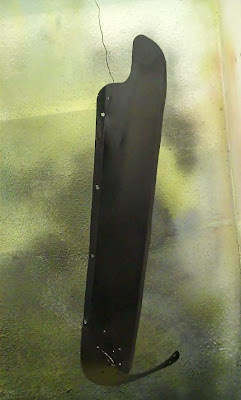 As long as I'm painting parts, I'm might as well work on the few places on the plane left bare aluminum by the last owner, like these tail inspection covers and the mud flap. 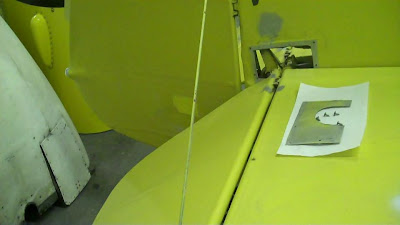 Cleaned and being primed in the paint booth: 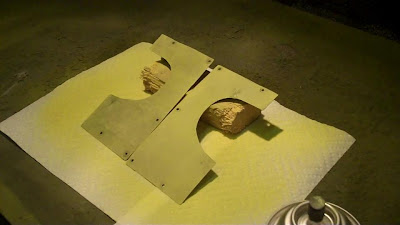 Painted, and ready for installation after inspection. 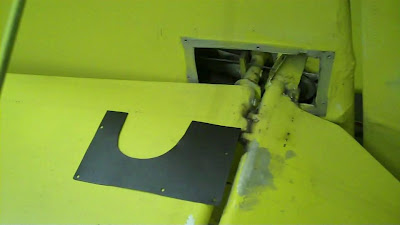 The old mud flap was pretty beaten up. 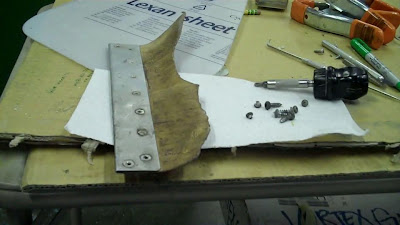 Primed and painted, but not yet dry: 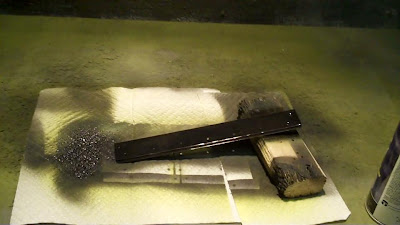 The old mud flap appeared to be made from the hide a of Nauga. I used a better material, made for engine baffles, for the new one. 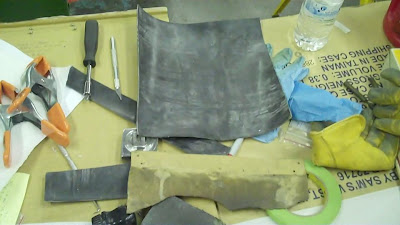