Sometimes even the little things can take hours to diagnose and fix. For example, one of wooden parts of the door frame was wobbly on both doors. This particular chunk of wood is the most common one to grab when getting in and out, so this isn't surprising. I took the right side's striker plate, and found the bolt beneath that holds the wood to the frame was loose (see cleaned-up hardware below.) 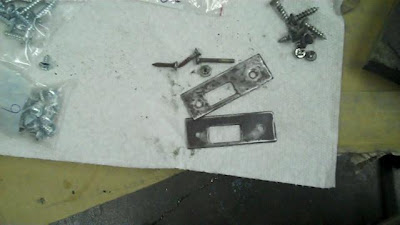 Then, I tackled the left side. 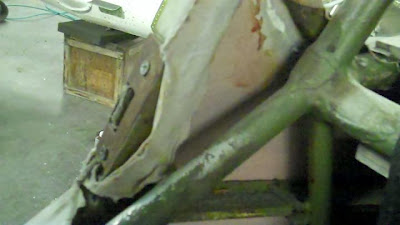 Note the stringer behind the frame is cracked. 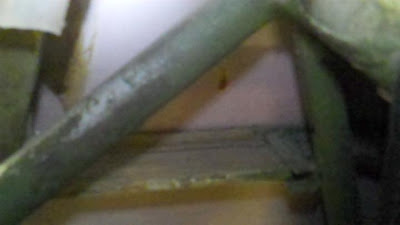 After getting the striker plate off, I found a bolt with a broken-off head (at the tip of the scribe.) I also found, though the picture doesn't show it well, that lots of wood had been replaced with wood putty, including the holes for the bottom striker plate screw and the wood attach bolt. 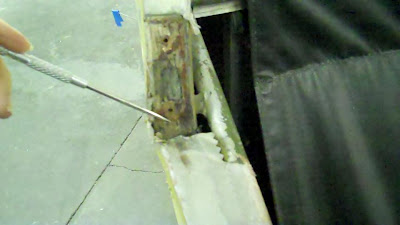 Reaching around to the back, there was no bolt sticking out, and no nut. The picture below shows the top nutplate for the striker plate attach screw,and the metal tab welded on the fuselage where the wood is bolted on. 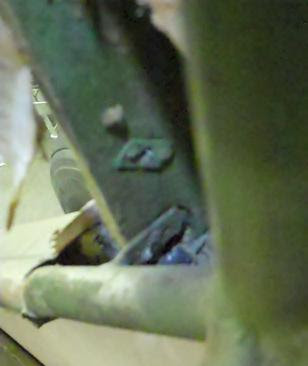 The broken-off bolt did not come out gracefully. In fact, it split the wood, and knocked out the prior putty repair on the way out. Why? Turns out, instead of going through the fuselage tab, it had been stuck into the bottom striker plate attach's nutplate, and corroded into a solid lump. There were more holes than there should be, and everything was going the wrong way. 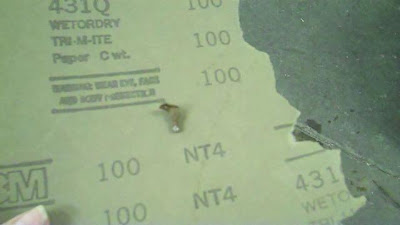 Which holes were original, and where are the screws were supposed to go? Scribes are awfully handy tools for checking this! 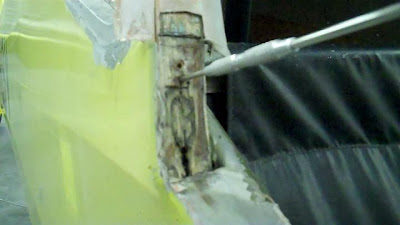 Then I spread the wood apart so I could fill the entire thing with glue, then clamped the it back together for a tight repair. When it cures, I'll put in more wood putty and nail another nutplate on the back. This time, the attach points will be correct!

This will be a good, solid, airworthy fix - but it's not going look as good as the original. Next winter, when there's downtime I'm not flying, I'll make a new door post and replace the repaired one with a new piece of wood. 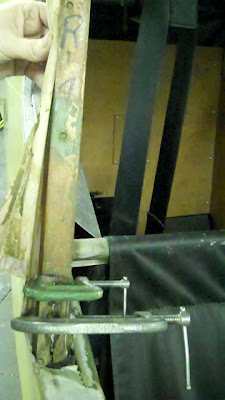 I also added reinforcement pieces to the cracked stringer, to hold it until I reskin the fuselage in a few years. 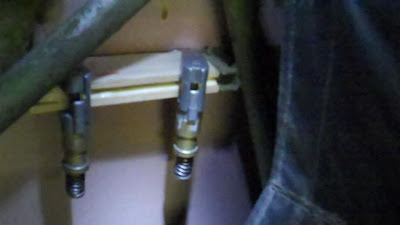 While waiting for the glue to dry, I finished painting the striker plates. 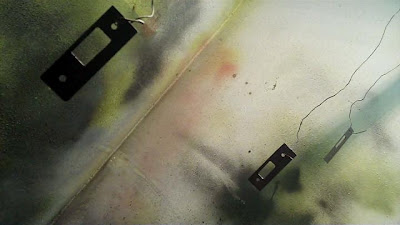 The left plate is ready to go back on - I'll pick up the hardware and install it today. 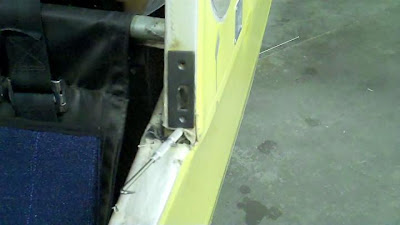