Then I removed the loose screws from the cat, and made sure they were tucked in the plastic bag where they couldn't be batted elsewhere. Carefully following directions, I built the left side of the cupboard, then leaned it against the wall and built the right side. Then I removed the cat from between the panels and the wall, so I could stack them a little closer for more space while building the doors. 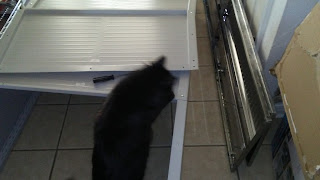 All was going well (aside from the dirty looks from the cat about the shipping box filling up with not-cat objects), until I reached the magic moment, putting on backing panels, when the cat realized he was no longer looking at a stack of strange-smelling objects, but... A BOX. 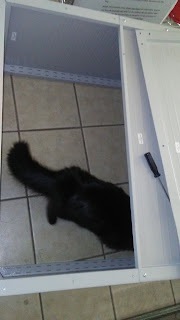 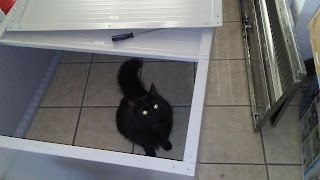