Some of these will be blurry - I don't have an actual camera, but my Calmer Half gave a flip video camera to me, so you get screen captures from short videos.

1. A brief shot of the lighting bracket, freshly painted and with new nutplates, prior to assembly. I then cleco'ed it onto the supporting ribs, so I could determine the distance they need to be and mark it on the spar, before removing it so I could nail the ribs. 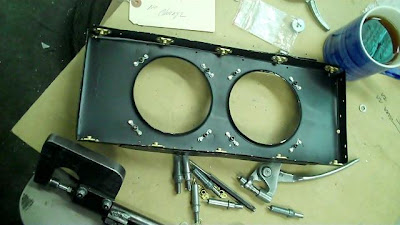 2. The "which alignment marks are actually good?" dilemma was solved by putting the old spars on or next to the new ones, and aligning the ribs to where they used to be. Note the aileron was put on the wing, breifly, to determine that the aileron hinge brackets were aligned - but had to be taken back off for nailing the ribs. 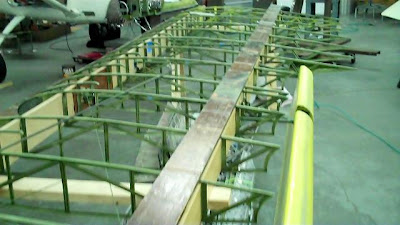 3. A reference photo after disassembling the right aileron pushrod prior to bead-blasting the paint and hitting the rest with brakekleen to take off decades of oil and grime. The pushrods housings are mirror-images, and the right has a solid shaft while the left has a hollow shaft inside; this photo will be very helpful when reassembling and figuring out which one goes on which wing. 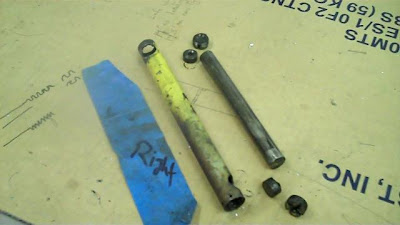 4-5. Tying strings such that they lay from the 2nd main rib to the 14th main rib, tensioned tight enough to twang slightly and not sag in the middle. I used these to align the ribs vertically, so the leading edge should be straight and level. The blue tape on the compression strut in the second photo is a refenece tag to note which of the almost but not quite identical compression struts go to the butt, the tip, the strut attach point, and Everywhere Else. 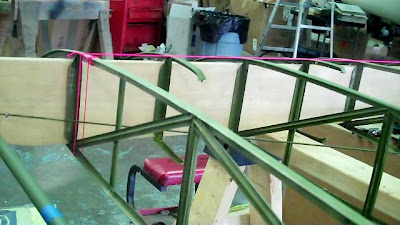 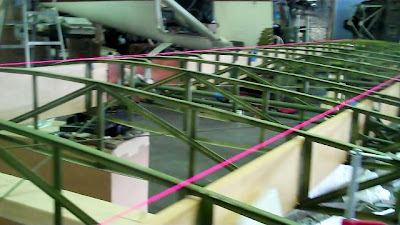 6. Making sure the ribs are straight prior to nailing - not pictured, the tape measure used to make sure both ends were the proper distance from butt of spar. 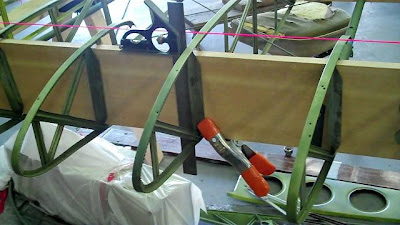 7. When I'd nailed the outsides of the spars, I flipped it on each end and carefully clamped the spars in a sandwich of protective wood to nail the inside of the spar. In the background, behind the CH-701 Fuselage hanging from the rafters, you can see my right wing hanging from the rafters. It needs to be retrammeled and some work before those ribs are nailed, but I'm getting close enough I can start to cautiously talk about hauling the fuselage over soon to start the annual. I think. I hope. 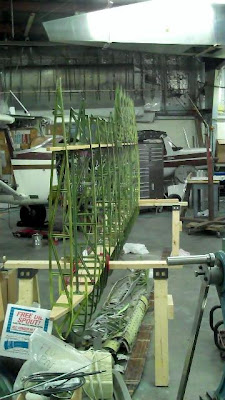