The Case of the Howling Cowling

Blame Calmer Half for the title - he thought it up, and it was just facepalm-inducing enough to convey my feelings of the past week.

The alternator came back from bench testing with a clean bill of health, but when I flew the airplane for three circuits, the high shrill whine was still there. (Softer, though - it was no longer washing out my voice when transmitting, just really annoying.) I came back, talked it over with the IA, and he suggested a longer flight, and trying turning off the field switch, then the master switch entirely, to see if that changed anything.

It didn't. What did change, however, was the level of noise when I started doing some rusty dutch rolls, yawing the nose wildly left and right. Waitaminute...

I landed, called my IA with much chagrin - because a high metallic whine that changes with airflow over the cowling is likely to be... the cowling. It only appears at high RPMs, because that's when the vibration is worst against the front piece and the fuselage. I recalled, then, that there had been some very ratting clear tape - it looked like packing tape - on the edge of the cowling. Between a puppy that likes to chew loose things and a mechanic whom I remember pulling the "loose trash" off... a cowling suddenly bereft of its anti-chafe tape chafes miserably, with a high metallic shriek of tortured metal.

So, out comes the can of brakeclean and paper towel, to take off the last lingering remnants, note the shiny spots and dirty where the top cowl has been rubbing hard, and start prepping surfaces to take brand-new anti-chafe tape. Taping, a check flight, and more taping later, the whine is down to as soft as a mosquito in a summer back yard - only really noticeable if you're looking for it.

Who would have thought?

In the end, the plane is running fine, I know more about the engine, and it could have been so much worse. It's all good. And sights like these wash the frustration away. 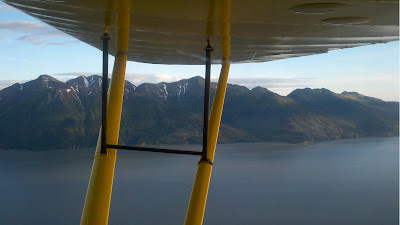 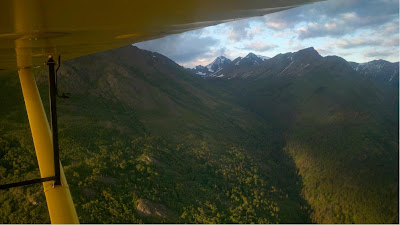