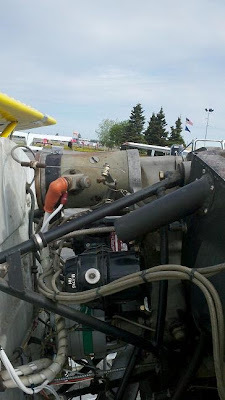 The old starter, generally referred to as a T-handle starter, or a pull starter, had a very simple operation. The pilot smoothly pulled the T-shaped handle, which had a cable that ran to the starter arm. (We're looking at the arm in front of the green cylinder on top of the engine compartment.) A stub at the base of the arm pushed the starter gear into the engine to engage on the first two-thirds of the arc, and then the arm would make physical contact with that big metal button - the one with the giant wire running to it from the battery, and the merely thick wire running away to power the electrical bus. The button would then be depressed, and the starter motor would engage its gear. When the starter handle is released, the motor shuts off, and the gear is spun out of the turning engine back to its resting position. Simple, troublesome, annoying, and a world better than hand-propping. 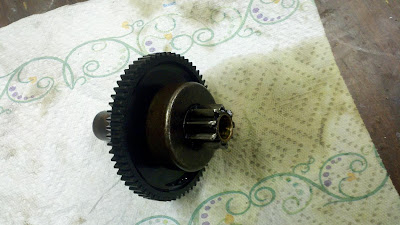 The teeth on this gear are supposed to be slightly angled, because there's no guarantee the gear with which it engages on the engine are going to stop exactly in alignment on engine shutdown - and the hole in the center is for a stud in the engine that keeps the gear aligned. Slightly angled does not mean chewed like this - this gear is now a paperweight. I wanted a new Sky-Tec starter, but the stud in the engine must be ground out. When it comes to taking my engine off the plane, cracking the case, packing it so the metal from grinding the stud off doesn't destroy anything else, and then reinstalling... I put the new Sky-Tec starter on my someday list, and got a used serviceable replacement of the same type. 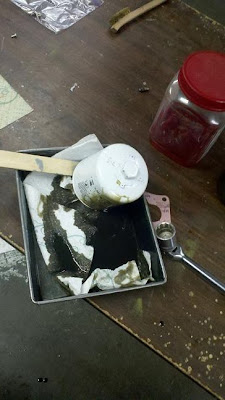 Since the gear looked like it was missing bits of metal, I changed the oil. Sure, the oil was only 8 hours run-time old, but looking at that gear, I knew there was metal in there somewhere. When draining the filter, prop it at an angle so the drained oil does not create suction inside the filter, making it stick to the pan. 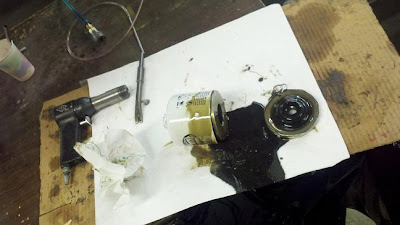 The longer you let the filter drain, the less messy it is. I was impatient, and only gave it a few hours - with cold oil. Generally, if an airplane's flyable, one should fly the plane, then change the hot, thin oil. 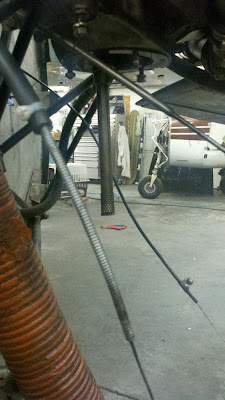 No significant metal was found in the filter, which made me happy, but it's not the only place to check - the oil sump itself has a screen designed not to let any large chunks through the pickup. (This isn't my plane, but the owner of this one in annual was kind enough to let me take a photo for reference - same kind of oil sump.) So we ran a magnetic pickup around the bottom of the sump, fishing for chunks. 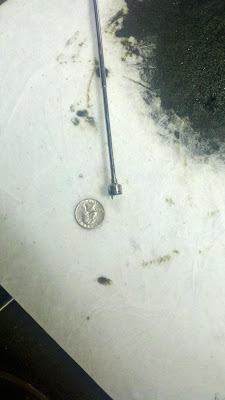 Found one. Go on, click to embiggen and clearly see its sharp shard-like menace! 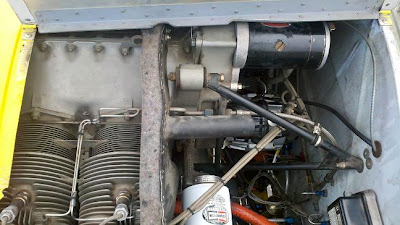 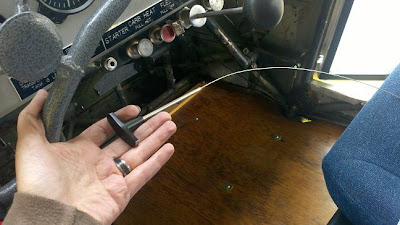 As long as we were swapping all other starter-related items, it was a great time to pull the starter cable out, check its condition, hit it with brake cleaner to remove corrosion and lubriplate for protection and easier pulling. 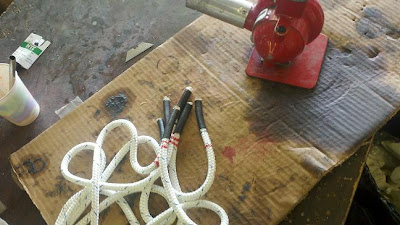 Also, new tie-down ropes. The ends are not only melted together, but secured with heat-shrink so they won't fray when the melted end cracks. The rings marked in red sharpie are so I can tell if I've got two ropes or two ends of the same rope.
Posted by On a Wing and a Whim at 11:02 AM